Metadiscourse use in Spanish academic writing: Exploring the interface of nativeness and expertise

Metadiscourse, which is defined as the ways in which writers/speakers use reflexive language to interact with readers/hearers, has gained increasing scholarly interest over the past few decades. In written academic discourse, metadiscourse elements are considered crucial as i) their use helps writers organize information flow to guide readers through the text (interactive dimension: e.g., además, primero, como se ha mencionado, por tanto, es decir); ii) they allow writers to express their stance on propositional information and engage readers in the co-construction of the text (interactional dimension: e.g., puede que, en nuestra opinión, efectivamente, curiosamente, veamos). Despite the widespread popularity of this research topic, most previous metadiscourse studies have centered around English, whereas other languages such as Spanish and especially Spanish as a foreign language have been rather under-researched. Moreover, although metadiscourse use is considered a multifactorial phenomenon, most of the prior research has focused on investigating either a single factor or multiple factors but without exploring the potential interaction between the factors. To plug the gap, the present study sets out to examine the role of nativeness and expertise in the patterns of metadiscourse use in Spanish academic writing. To this end, four written academic corpora (110 texts, totaling 1.2 million word tokens) were compiled to represent different nativeness (Spanish non-native and Spanish native) and expertise (novice and expert) of the writers. Drawing on the interpersonal model by Hyland (2005a) and other valuable research, I adopted a fine-grained taxonomy as the analytical framework for metadiscourse analysis and created a list of Spanish markers for metadiscourse search. The computer-assisted qualitative data analysis software package, MAXQDA 2020 (VERBI Software, 2019), was used to manage the corpora and code metadiscourse elements. The obtained data were analyzed both quantitatively and qualitatively. The statistical test results showed that there were significant differences between non-native/native and novice/expert writer groups in the employment of certain metadiscoursal resources. Moreover, the key metadiscourse item analysis also indicated that some markers were highly characteristic of certain writer groups, probably due to several reasons including register awareness, genre differences, lexical competence, and culture-bound factors. Lastly, the qualitative textual analysis revealed each metadiscoursal resource’s specific discoursal/rhetorical functions in Spanish texts, where most of them were shared among the writer groups while some of them were performed differently across writer groups. Implications of the study were drawn from both teachers’ and learners’ perspectives. The conclusion also points out some limitations and potential research avenues of the study. 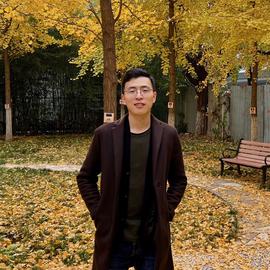